What is the 1 Megawatt Solar Power Plant Cost? Today, anyone can set-up a solar power plant with a capacity of 1KW to 1MW on your land or rooftop spaces. The Govt. of India (MNRE) latest guidelines state that “Now anyone can generate electricity through solar power system and surplus electricity can be export through net-metering system. The installation of net-metering at the site will connect it to grid via state electricity board or distribution companies. Ministry of new and renewable energy (MNRE) and state nodal agencies are also providing 30%-70%  subsidy on solar panel for residential, institutional and non-profit organisations. 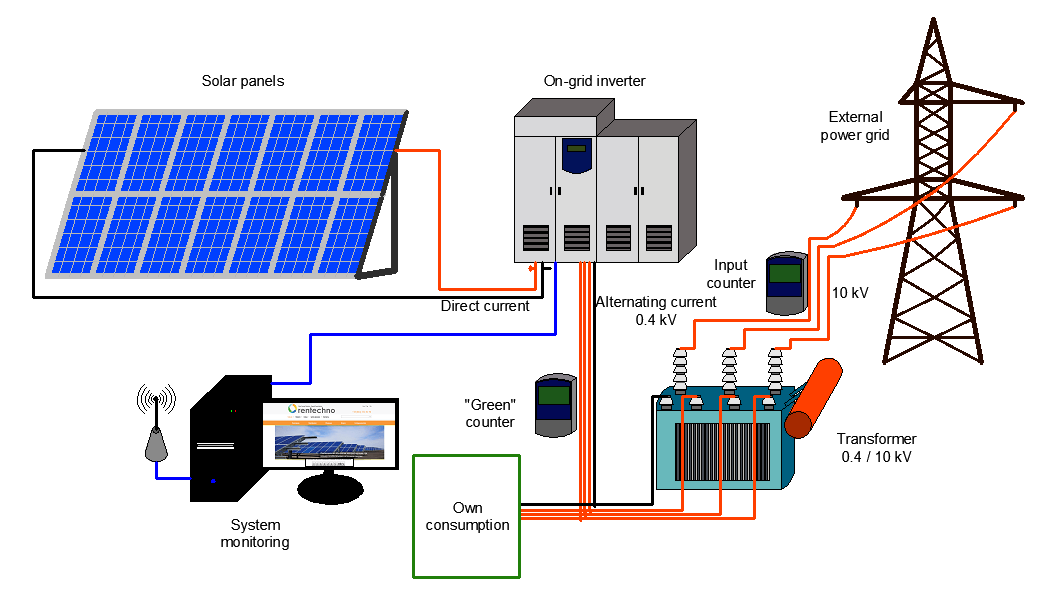 These regulations were long awaited. This will boost solar or green power generation across the state and encourage people to install solar power system on their rooftops.

Off grid is a battery based solar power system, In the first priority this system will run your home appliances or connect load (as per solar inverter capacity). And surplus power feed in to the solar battery bank, provided with the solar power system. This type of solar power are recommended where power cut are the major problem.

On grid solar system is grid (Government electricity supply) connected system. In the first priority this system will run your home appliances or connect load (without any limit). If your connected load will exceed the capacity of installed solar power plant it will automatically use the power from main grid. And if your connected load is less, it will supply surplus power to the grid. This type of system is recommended to reduce electricity bills only.

There are two ways to get solar power system installed at your home, business, institute or industry.

In CAPEX model (capital expenditure will be yours) you will have to pay the complete system’s cost to system installation company in one shot and this would be your own system. And you will be get benefited for free electricity for next 25 plus years. If you are planing to install solar system for home or small business and your instillation size is less than 100 kW, then the best way to get it installed is CAPEX model.

In OPEX model (operation expenditure will be yours) system installation company will install the complete system at their own cost on your rooftop through a 10-25 year Power Purchase Agreement (PPA) between you and installation company. After that you just need to pay per unit on monthly basis. The PPA rates (Rs. 3 to Rs.7) are depend on your installation size, PPA time period and your company’s credit rating. If you want to install solar system for your institute, business or industry and your installation size is above 100kW. You can go for OPEX model. 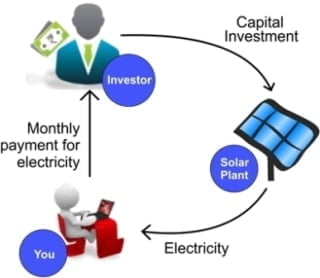 You might not want to build your own solar system but rather then this, you want to buy the electricity produced by the solar system. That way, you don’t have the upfront costs, construction and maintenance to worry about. Maybe someone else will be happy to build a solar plant on your roof (or nearby) and sell you the power through a Power Purchase Agreement (PPA). This model works typically for industrial and commercial solar system consumers and Indian companies have started offering it to residential customers in some cities. A PPA is a formal agreement between an electricity consumer (in this case, you) and the electricity generator (usually an investor) that specifies terms and conditions of electricity purchase. Details usually include the length of the PPA (typically 10- 25 years), the price (tariff) for the power from the solar plant and annual escalations (if any). OPEX model is also called the power purchase agreement.

We see a huge demand of information regarding investment model for setting up a 1 MW solar system. We have decided to create a 1 MW estimate series. So here it is: 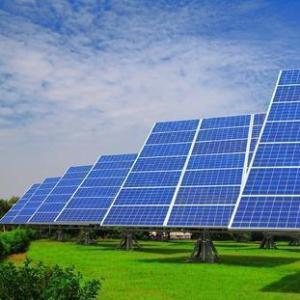 For ten years are as below (Lakh):

The demand of clean energy in India is huge. India is one of the largest power generation portfolio. Indian government has launched the Jawaharlal Nehru National Solar Mission (JNNSM) on 11 January 2010, which aims to produce 227 GW of solar energy by 2022. It is a three phase mission which aims to install 20,000 MW on grid solar power plants, 2000 MW off grid solar power plant including 20 million solar lights and to create favourable conditions for developing solar manufacturing capability in the country. 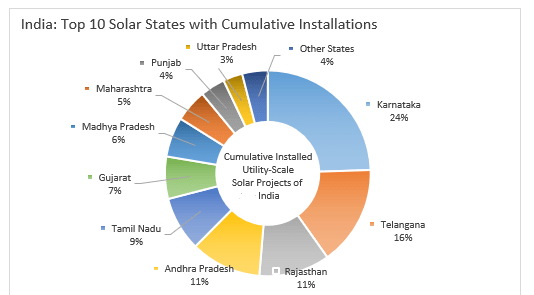 Solar power in India is one of the most rapid developing industry. This can be judged from the fact that many big solar power plants have been already installed in India. Some of their examples are: 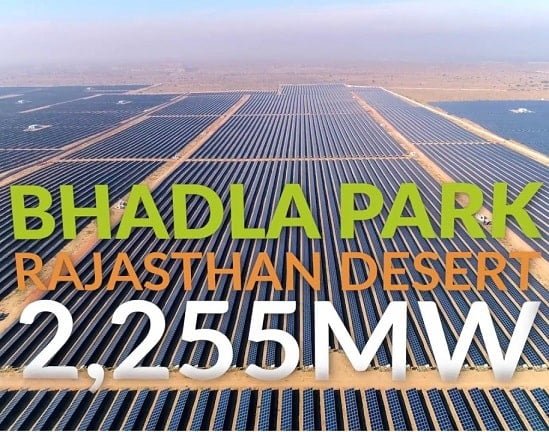 1. Bhadla Solar Park, Rajasthan: Bhadla Solar Park is 2055 MW capacity solar power plant located in Jodhpur district of Rajasthan and spread over a total area of 10,000 acres. It is one of the largest solar parks in India.

Scope of Solar Power in India

India is a developing country and its population is increasing day by day. It is expected that India become world’s most populated country by 2022. India provides a positive environment among investors keen to tap into India’s potential. India has a long way to go in the sector of solar energy.

In near future, India will explore new potential areas and ensure the maximum use of solar power get world leadership. The “National Institution of Solar Energy in India” has determined the country’s solar power potential at around 750 GW. India is slowly going to get its dominion in the field of solar power generation due to ambitious state and center’s solar policies and projects.

Nowadays India start switching to solar energy that is one of the best financial decision in today’s world. As we can see the prices of fossil and fuel are increasing day by day so this is a perfect alternative of this problem. Although, India has huge scope in the field of solar energy in near future because solar power for home and industries are a cheap source of clean energy and secondly, it is available widely across the country without any