Arabian women’s clothing mostly consists of non-transparent, loose garments covering all of their body except for the hands and face. The Pardah system which is prevalent in this area stipulates that women cover their body and face, when outside,  as a symbol of modesty and Islamic faith.

Arabian Women follow the pardah system out of their religious obligations as well as their own personal choice.There are many who cherish their freedom to wear their choice of Arabian clothing . The arabian fashion celebrates beauty, modesty, bondage, holiness, humility and holiness at the same time

Islamic clothing for women differ slightly between countries in the region but the basic concept is the same.Covering the body of women from males who are not relatives. A common question I have heard is ‘what is the difference between a hijab and niqab? . They sound so similar. Most of the Arabian names for the garments have subtle but distinct differences.

This is a headscraf worn over the head by muslim women. Usually they are worn around the head covering the neck and the chest as well. The face is usually not covered with the hijab. A square scarf is usually used as a Hijab wrapped around the head and neck .Checkout the tutorial to make different types of Hijab 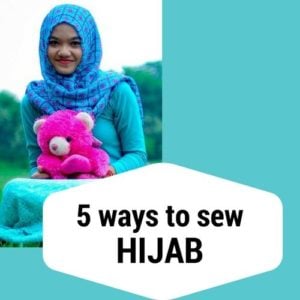 Abaya is a tunic with full body covering usually made in a black fabric. This is usually worn over other clothing and is made in a light weight fabric . Nowadays fashion conscious muslim women are choosing embellished abayas in a variety of colours. 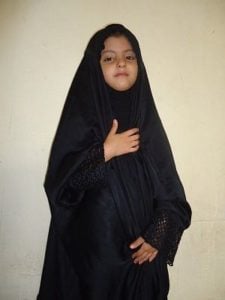 Abaya is known by different names in different countries of the region. In Qatar Al darraa, a version of Abaya is worn;  Balto is the  Yemenese version of abaya

This is a very long and loose over garment, which covers your full body except for the feet hands head and face 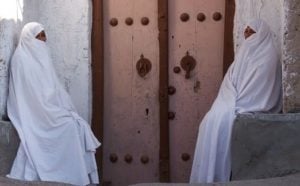 The burqa is a most comprehensive head cover for the muslim women with just a mesh screen over the eyes through which the muslim women can look out . The entire face and head is almost covered except for the partially opaque veil over the eyes. This clothing is more prevalent among the more conservative Muslim countries like Afganistan 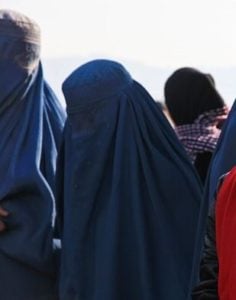 This is a covering for the face including the moth and nose, leaving only the eyes uncovered. Along with this Head is also covered with a headscarf when wearing the niqab. Niqab is mostly worn in black, grey, beige and white colours 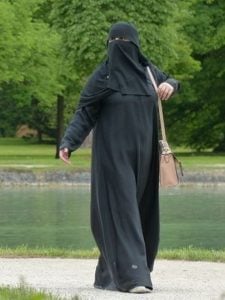 This is a long shawl ( rectangular in shape) which is wrapped around the head and neck and shoulder. It is usually pinned to the shoulders, or tucked around the face 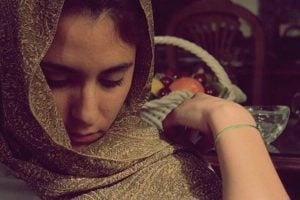 Khimar is a long loose cape like  veil that covers the head, neck and shoulders without covering the face. This is usually used as a prayer garment 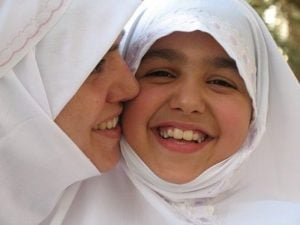 Chador is a full body covering in one piece, a  long, loose robe that covers the head and body down to the feet. A scarf is at times worn under the chador . It is mostly seen in black and is commonly worn by women in Iran.

Salwar Kameez -This is a tunic and pants worn by Muslim women in some countries along with shayla for a modest covering of the body. Checkout the tutorial to sew a Salwar kameez and salwar kameez pants 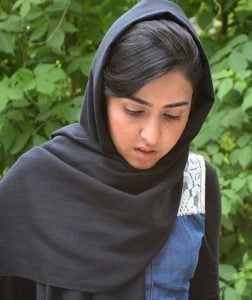 Kaftans – This loose garment is also very popular among the Arabian women. This tunic made in flowy drapey cltohes are most suitable for the tropical climate of the area. Checkout the tutorial to make a Kaftan

Here’s Everything You Need to Know About Emirati Clothing

Much of the Emarati national identity comes from their national dresses. These clothes have been worn for hundreds of years, from the times when the United Arab Emirates was populated by Bedouins. The majority of locals continue to wear their national dress regularly, as garments are especially suitable for the region’s high temperatures, dusty climate and religious beliefs. Read on to learn more about Emirati clothing.

The male national dress consists primarily of the Kandura, also known as dishdasha. This is a long white cloak. The color of the garment originates from Bedouin culture, as it is perfect to reflect the sun’s rays. Browns and grays are also worn more in the winter months. It is common for Emirati men to own over 50 Kanduras and to change them throughout the day, in order to keep their look crease-free and fresh.

Men also wear the Guthra, a headscarf. The most common colors are white or white and red checks. The Guthra is also an item originating in Bedouin culture, as it protected men against the sand of the desert. The Guthra can be worn in different ways to indicate status and importance.

Full national dress involves several other items, such as the Agal, the black rope tied around the Guthra. This was originally used by Bedouins to tie their camels’ feet at night when they were traveling. The Ghafiyah is headwear that looks exactly like the Muslim prayer hat but is hardly seen, as it is worn underneath the headscarf. Other common items are the Faneela, a vest worn underneath the Kandura; the Woozar, a piece of white cloth worn around the waist under the Kandura; and the Bisht, a garment similar to a jacket, typically worn on special occasions or by those in power.

On their feet, Emarati men wear the Na-aal, traditional sandals. It’s said that Dubai locals are more likely to wear shoes, whereas those from Abu Dhabi tend to wear sandals.

Women in the UAE traditionally wear the Abaya. This is a long flowing black gown and can be plain or decorated with impressive designs. Abayas cost anywhere from 100 AED to 2500 AED (US$27-680). It is worn as a sign of modesty. However, it’s common for women to wear completely Western outfits under their Abayas.

Women also wear a headscarf called the Shela, to cover their hair. This is normally black and made of very light material. Many women opt for designer scarves, such as Givenchy or Dior, which can even be matched to their handbags. For more traditional women, the Gishwa is an option. This black veil covers the entire face; it is thin enough to see out of, although nobody can see their faces. A third option is the Burqa, which only shows the eyes. Together these women’s garments are known as the Hijab, which essentially means head covering.

Although modesty is the goal, women still enjoy accentuating their visible features through make up, traditionally Kohl used on the eyes like eyeliner. Another way of embellishing their look is through henna, a temporary tattoo typically applied to a woman’s hands. Henna is made from dried leaves, and the designs made with it are beautiful.

Women in the UAE love their jewelry, making this an essential part of their national dress. In the past, women carried all their savings in the form of jewelry, in the absence of banks. Women wear everything, including gold and silver bracelets, earrings, rings, anklets and more.