best men cologne of all time

by Team Koboguide
in Others
13 min read
0

Best men cologne of all time

It’s men’s cologne time, baby. Now that we’re well into the year, we’re due for another round-up of the best scents for men. This year’s selection builds upon a range of the best mens cologne and unisex fragrances that we’ve personally tried and tested.

From oriental, to spicy, woody and deluxe leather scented men’s cologne, we’ve got you covered with a couple of curve balls as well as some of the most iconic men’s cologne to exist.

A Brief History On Men’s Cologne

Once upon a time, pleasantly scented potions were a matter of necessity. One’s nose was constantly assaulted by the unpleasant odours of smoke, rotting food, and open sewers. And that was just the people – imagine what the actual sewers smelled like.

Long before modern perfumery began in the late 19th century, perfumes existed in some of the earliest human civilisations. The art of crafting scents began in ancient Mesopotamia and Egypt, then was further refined by the Romans and Persians.

Knowledge of perfumery came to Europe as early as the 14th century, due in part to developments in the Middle East. Islamic cultures perfected the extraction of fragrances through steam distillation and introduced new raw materials to the industry. With that, fragrances were ready to move west.

Today’s colognes don’t perform such a purely practical purpose, but they do serve a more interesting one: helping you get lucky. Pair the right scent with the right man and some kind of sorcery happens. If you don’t know what we’re talking about, you just haven’t met The One yet (scent, that is).

RELATED: How To Correctly Apply Your Fragrances

The best mens cologne must be thoughtfully paired with the specific situations and occasions in which it will be worn. Seductive dark, tobacco and woody smells suit evening events, while fresher or citrus fragrances work better for everyday wear and the office.

The last thing you want to do is be known as the ‘too much men cologne’ guy at work, so choose appropriately and apply sparingly.

Most of the best mens cologne and fragrances can be purchased online, however we recommend trying them on in store first. Spray some on in the shop, then go for a walk and see how it smells after 15 minutes. Most mens colognes smell different on everyone. Your skin and pheromones react with the potion to personalise the scent, meaning you don’t have to drop thousands on a custom cologne to get something unique.

Tips From The Experts

“Choosing a new fragrance should be a fun time but it does have the tendency to be overwhelming.

By the time you’ve sampled your fourth average fragrance at a large department store you’ll likely have scent fatigue so a better place to begin is a smaller boutique specialising in fewer lines which has done some of the ground work for you.

Decide whether you’re after something fresh and light or a heavier scent and stick to that category. Then just start spraying. Remember that any aftershave will smell quite different on your skin to how it comes across on a cardboard scent strip, so make sure you test the favourites on yourself.

It’s nice to ultimately have a collection including a fragrance from each scent category, for instance: a citrus, a woody, a floral, a spicy and a marine – this way you’re covered regardless of the mood or occasion.”

Eight and Bob
The story behind this fragrance is almost as good as the smell. Whether the fascinating story of Albert Fouquet and JFK chance meeting is true or not, the fragrance is a timeless classic in the cologne style.

Serpentine by Comme de Garcon
Comme de Garcon do quirky very well. Serpentine is not just a snapshot of the London park, but of London itself including notes of asphalt and grass. It makes for a green fragrance with a dark heart.

Colonia Leather Eau de Cologne Concentrée
Aqua di Parma Colonia is a fragrance wardrobe staple, one that every man should own. This latest incarnation takes the sophisticated freshness of Colonia and combines it with the warmth of leather and woods. Delicious. Apply liberally in winter.

Dries Van Notten for Frederic Malle
An intimate self portrait that reflects the elements of Dries designs, this fragrance is an enveloping scent that stays close to the skin. A touch of vanilla sweetens the woods and spices.

Santal Majuscule by Serge Lutens
Santal Majuscule is an homage to sandalwood, creamy and smokey with a twist of cocoa. This is the perfect winter aftershave to wrap around you on a cold night.

Blue Encens by Comme de Garcon
I love this fragrance, I classify it as a men’s cologne wardrobe essential. A spicy incense with a cool blast of aromatic artemesia, Blue Encens is ideal for a business meeting or a lunch date.

1 / 30
Maison Margiela Replica Jazz Club
The specifics of this particular scent known as Replica Jazz Club resurrects the essence of a hidden Brooklyn Jazz Club – a balmy base scent of musk, vanilla, tonka bean, vetiver, and tobacco leaves combined to evoke a familiar but forgotten moment. If sinking deep into a leather armchair with a cocktail whilst zoning out to the sweet tunes of a sax sounds like your kind of night then this is your kind of scent.

We picked up this fragrance in Milan and it’s the perfect mix of wood, whiskey and leather with an ever so slight sweet edge. Expect notes such as Pink Pepper, Primofiore Lemon, Neroli Oil, Rum Absolute, Clary Sage Oil, Java Vetiver Oil, Tobacco Leaf Absolute, Vanilla Bean, and Styrax Resin. 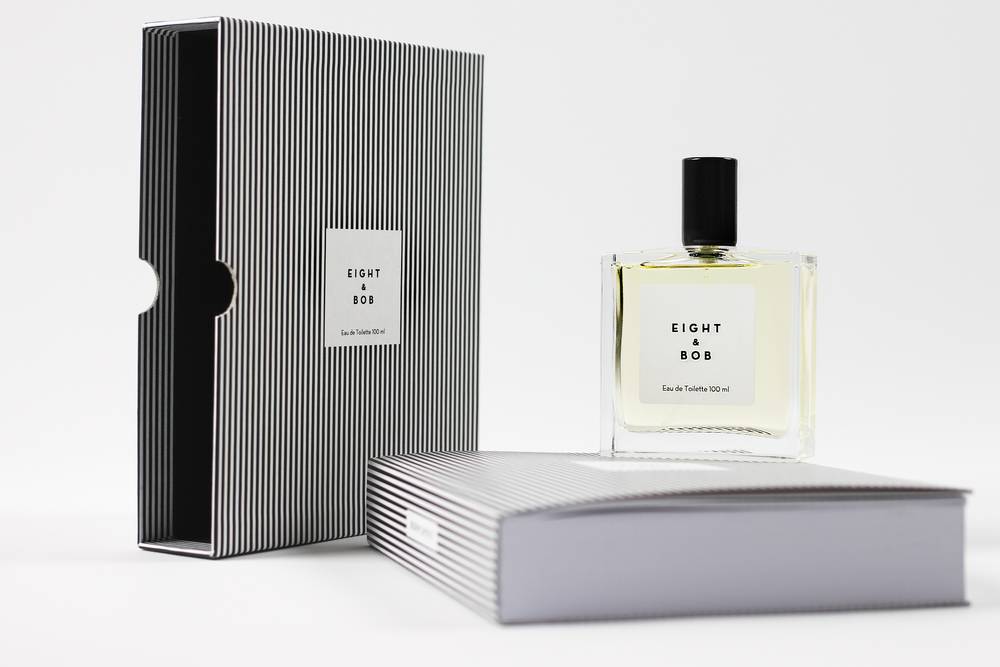 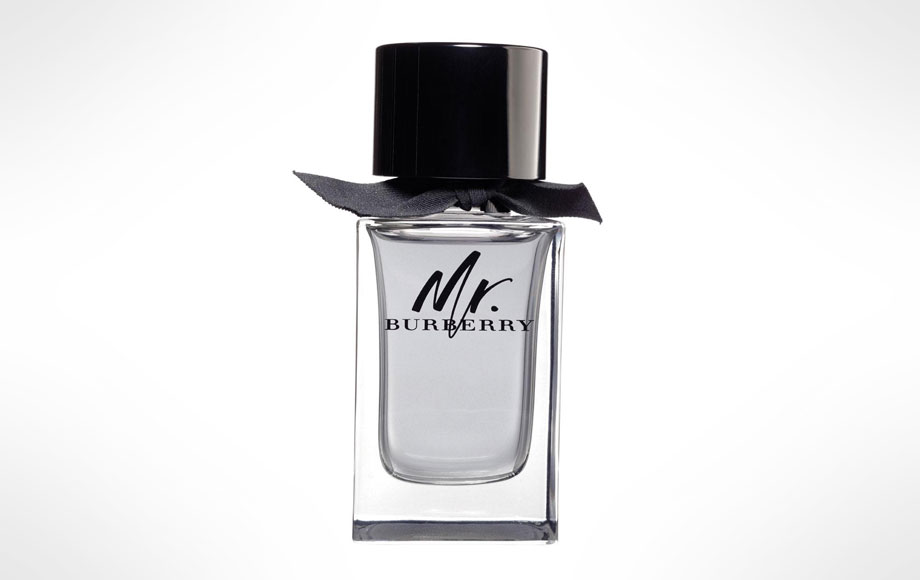 4 / 30
Mr.Burberry
Notes include zesty accords of grapefruit, cardamom and tarragon whilst the heart notes include birch leaf, nutmeg oil and cedar, followed by the base of sandalwood, vetiver and guaiac wood. Fun fact: The neck of the glass bottle is decorated with the same gabardine material Burberry uses to make its amous trench coats. 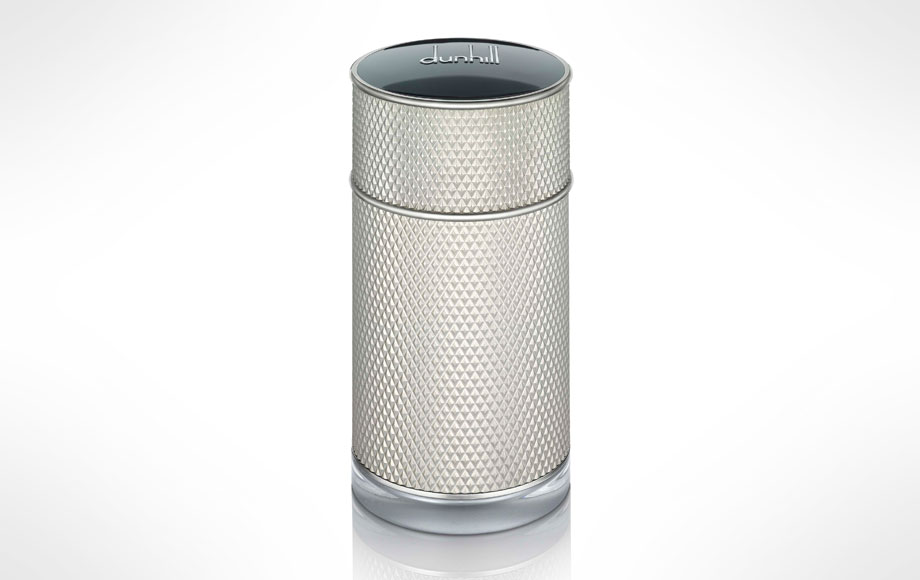 5 / 30
Icon By Alfred Dunhill
Its creator says that it’s the perfect expression of natural refinement, a translation of the luxurious and classic heritage of the Dunhill house with a touch of modernity. On the notes side, Icon is composed of an aromatic-woody scent with an opening of fresh bergamot and neroli absolute. Its heart note includes spicy and aromatic notes of black pepper, lavender and cardamom, leaning on a woody base of smoky oud, vetiver, leather and oak moss. 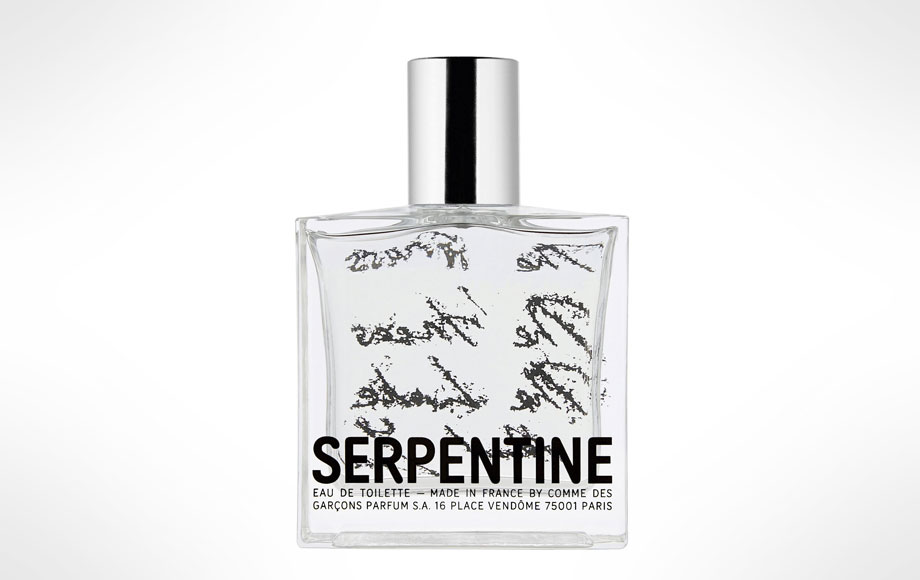 6 / 30
Serpentine by Comme des Garcons
French in sound but Japanese in origin, Comme Des Garcons is the work of label founder Rei Kawakubo. High fashion was the name of the game here but ever since its launch in 1969, the brand has branched into fragrances and one of their latest is Serpetine. This well-balanced unisex scent features notes such as grass, green leaves, galbanum, iris leaf, aldehydes, asphalt, musk, nutmeg, labdanum, cedar, benzoin, juniper and guaiac wood. 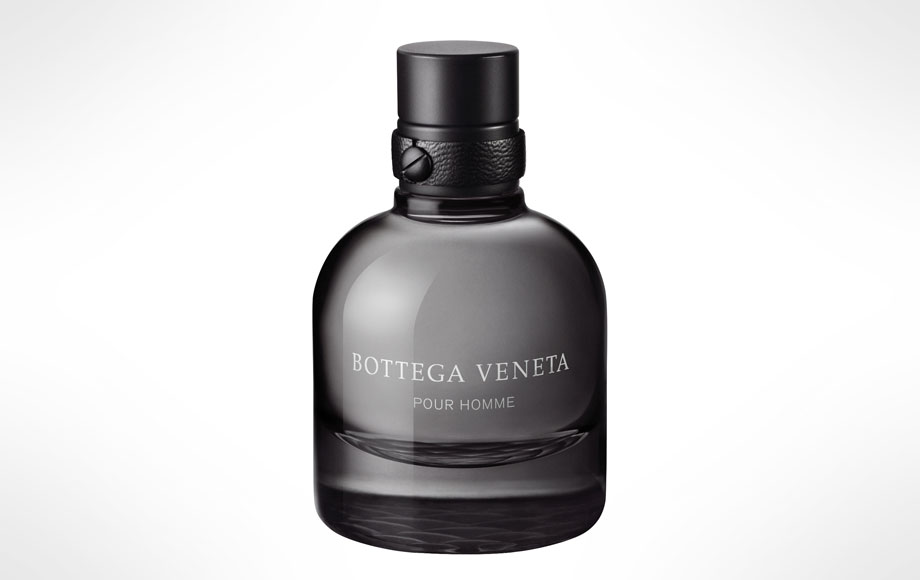 7 / 30
Pour Homme by Bottega Veneta
With adventure in its sights, the fragrance consists of refreshing top notes with accords of Calabrian bergamot, pine from Siberia and juniper from the Balkans. The heart adds spicy notes of Jamaican pepper warmed by Canadian fir resins enriched with Mediterranean clary sage, resting on strong Andalusian labdanum, leather and Indonesian patchouli. 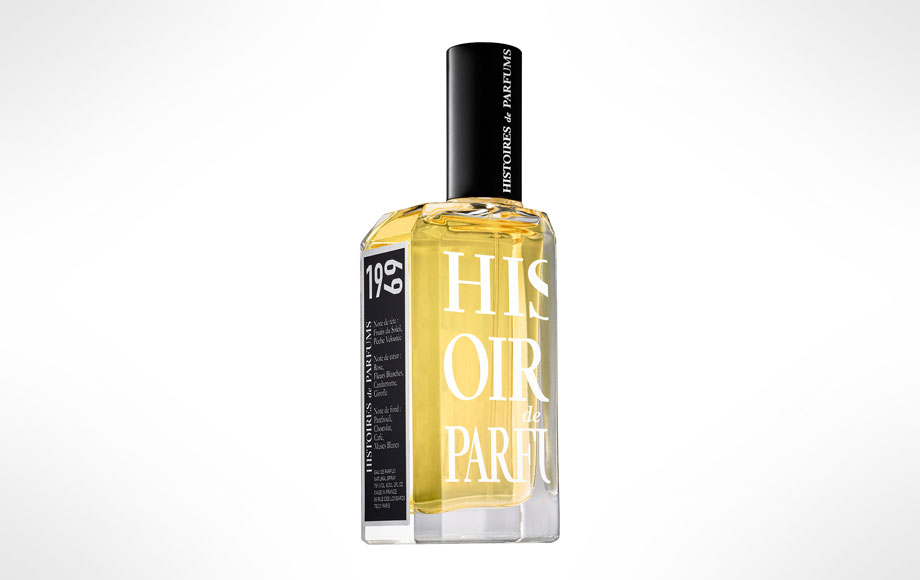 8 / 30
1969 by Histoires de Parfums
The sexual revolution of 1969. What more can we say? The scent therefor evokes a feeling of romance in a bold outfit helped along by warm spices. Discovered this in Italy one year. Top note is peach; middle notes are rose, white flowers, cardamom and clove; base notes are musk, patchouli, mexican chocolate and coffee. 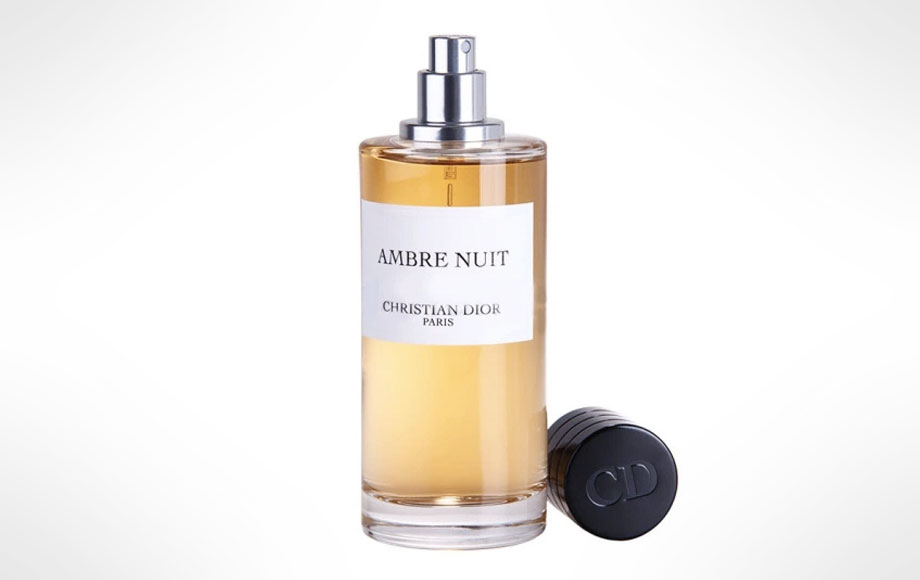 9 / 30
Ambre Nuit by Christian Dior
Ambre Nuit features bright and luminous fresh notes of grapefruit and sunny bergamot as an exciting overture to Turkish rose combined with passionate pink pepper. It’s a mysterious fragrance inspired by the baroque atmosphere and soirees of the 18th century so you can rest assured it’s defiantly elegant just like its fashion line. 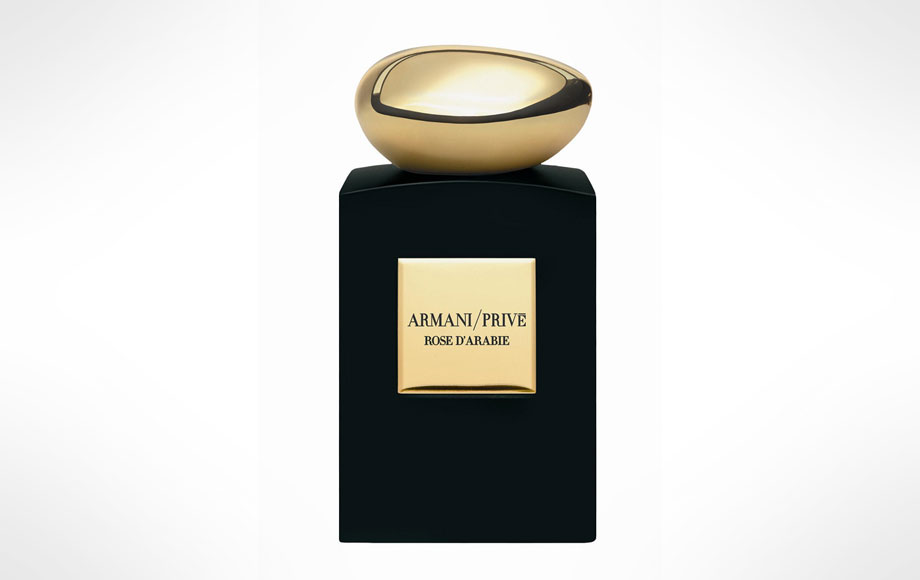 10 / 30
Rose d’Arabie by Armani Prive
The collection is named “La Collection des Mille et une Nuits,” and inspired by the medieval Arabic tales from 1001 nights. More specifically exotic mystery of the Orient with its warm, spicy and woody notes on the subject of rose, oud and amber. 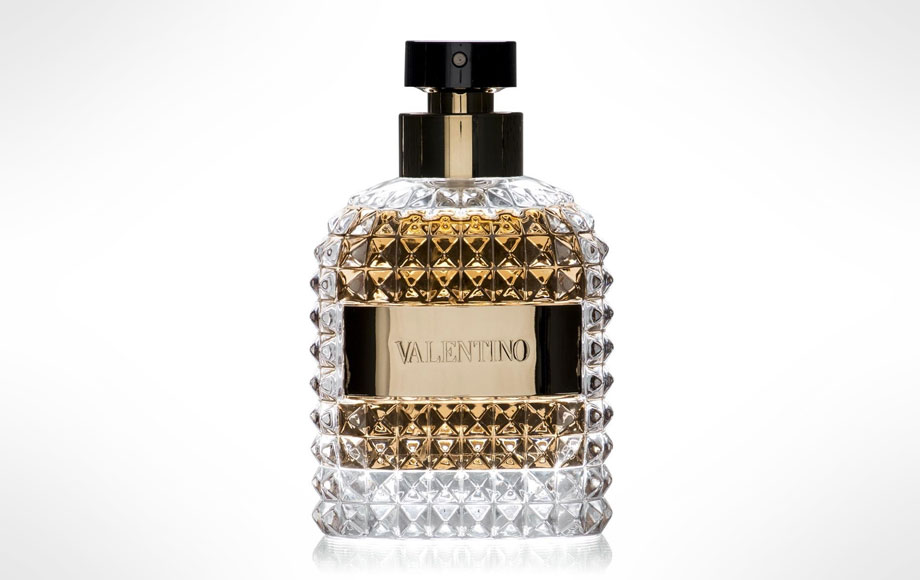 11 / 30
UOMO by Valentino
Opens with bergamot and myrtle, succeeded in the heart by roasted coffee combined with gianduja cream, on a rich base created of cedar and precious leather. 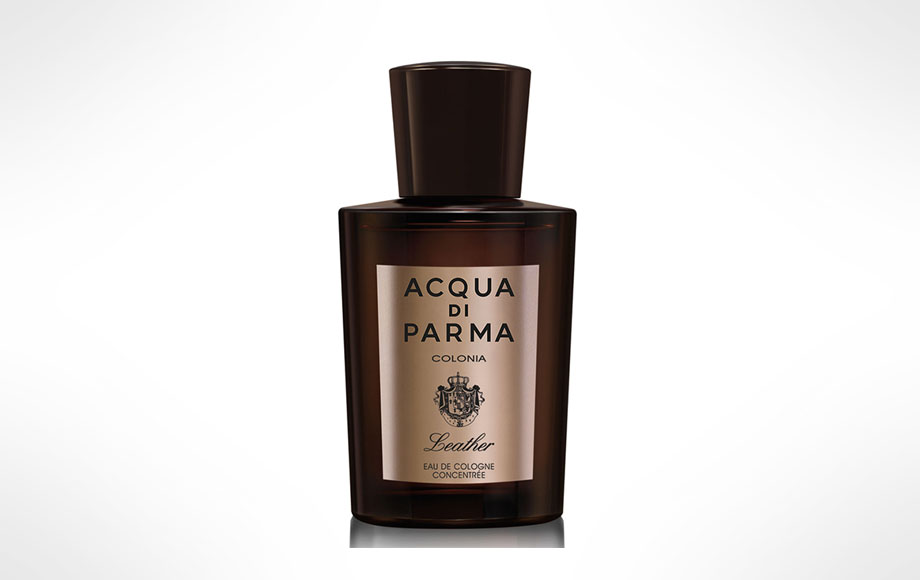 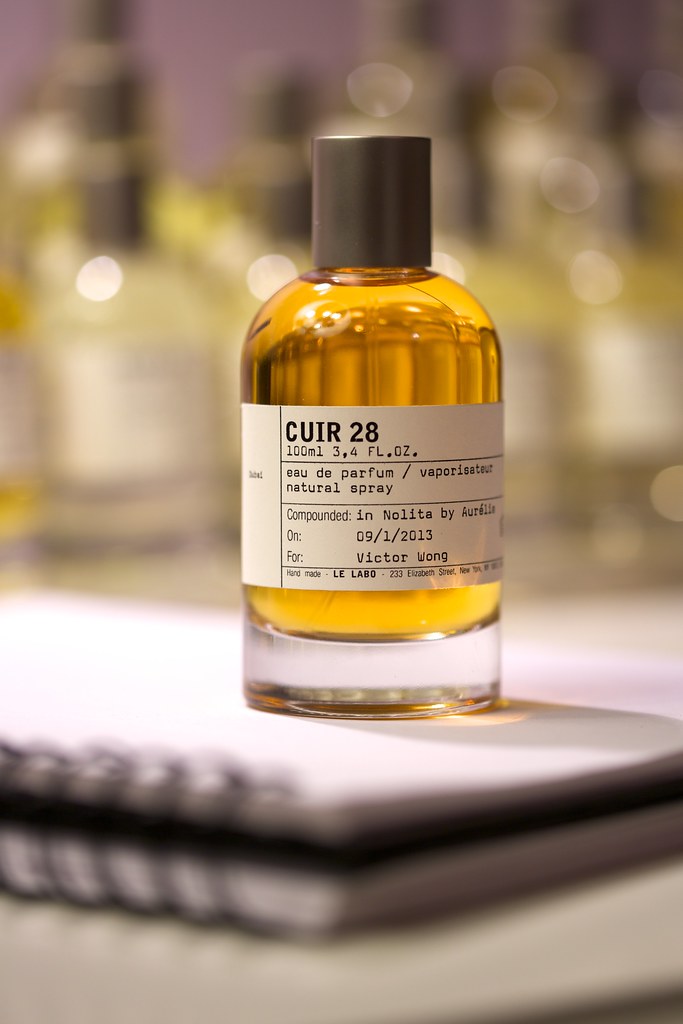 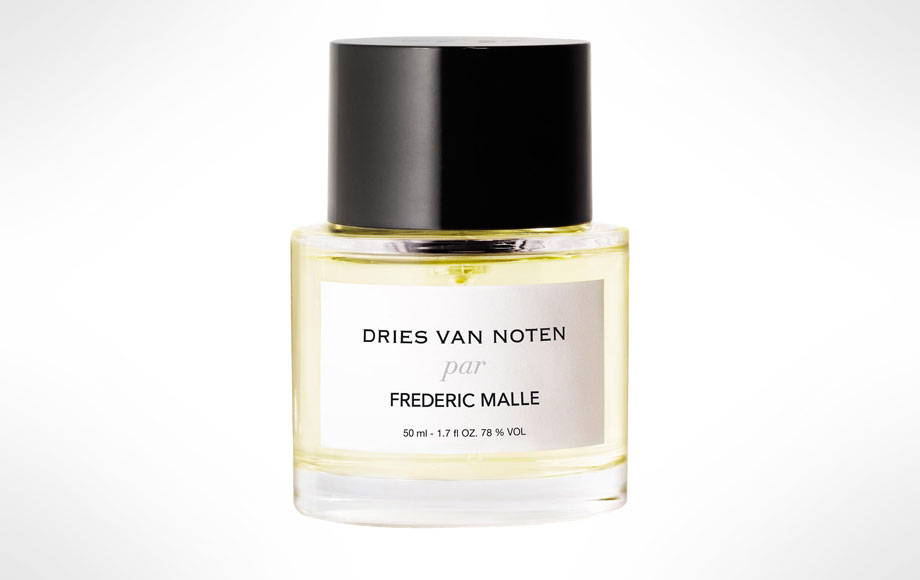 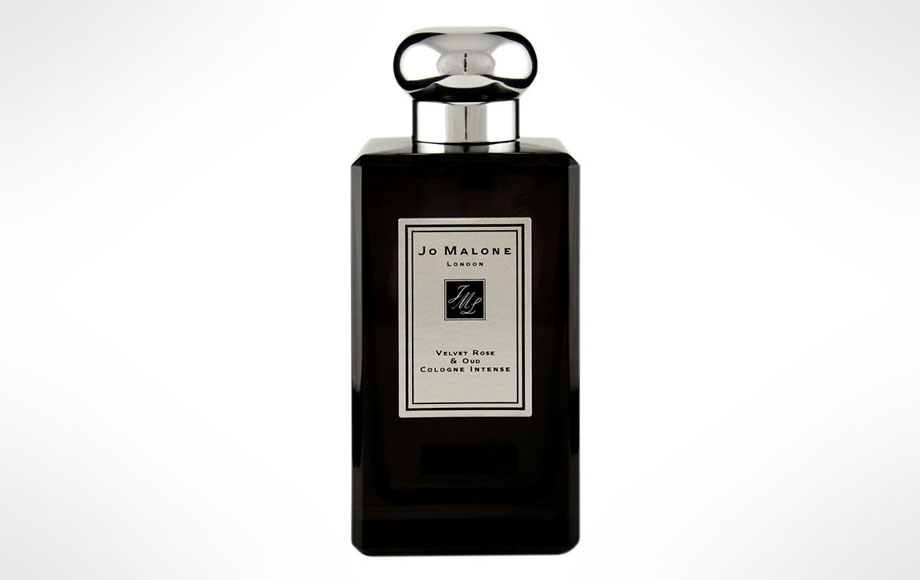 15 / 30
Jo Malone Velvet Rose & Oud
We picked this one up in Dubai. Darkest Damask rose. Rich and textural, wrapped with smoky oud wood. Spiked with clove, decadent with praline. Magnetic. 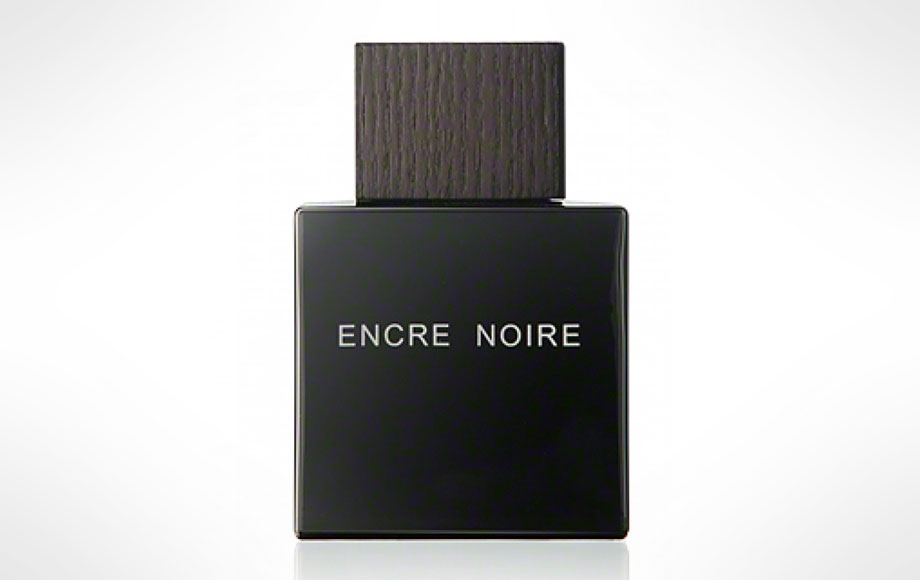 16 / 30
Encre Noire by Lalique
Top note is cypress; middle note is vetiver; base notes are musk and cashmere wood. 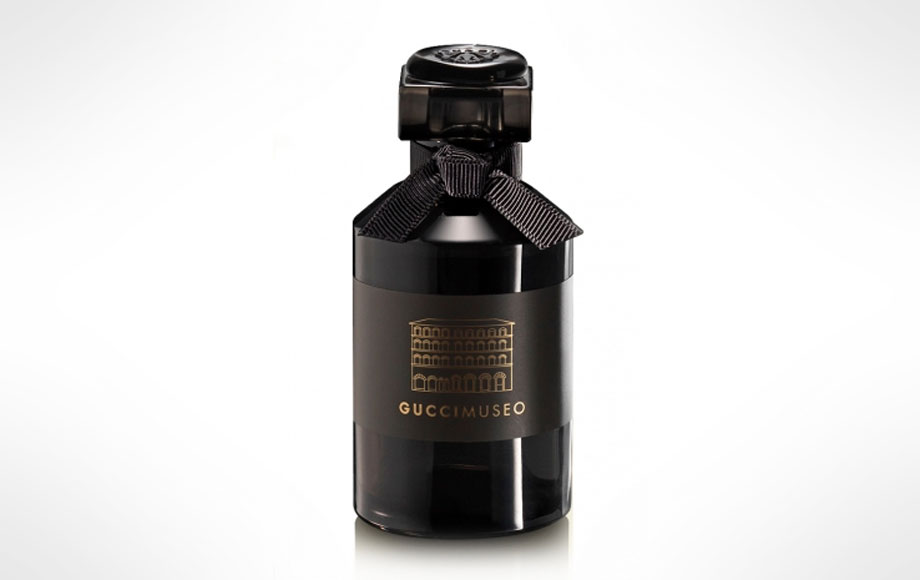 17 / 30
Forever Now by Gucci
Smooth leather and floral heart. There are also Moroccan and Bulgarian rose, jasmine from Grasse and exotic ylang-ylang. The base accords are vetiver, patchouli, precious woods, amber and musk. 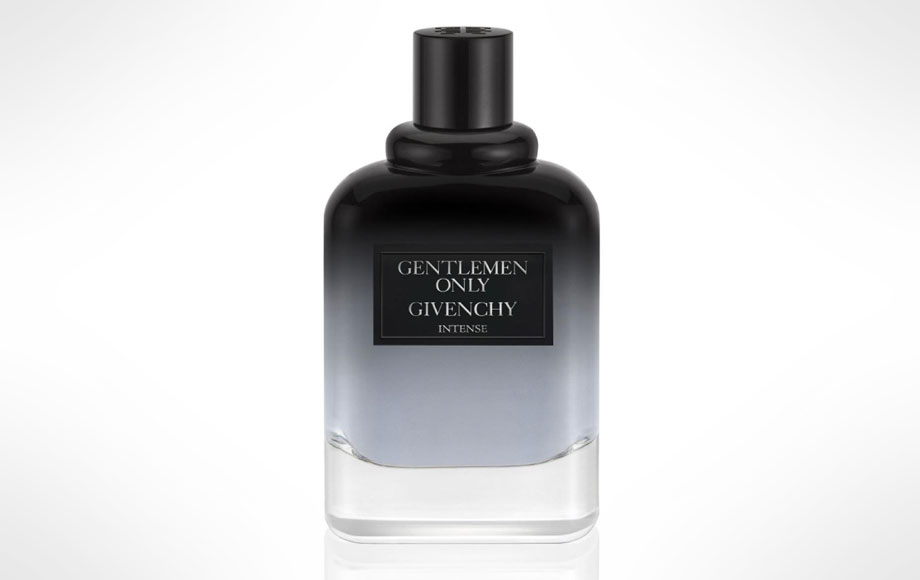 18 / 30
Gentlemen Only Intense by Givenchy
Another D’Marge favourite. The composition opens with green mandarin oil, black pepper and birch leaf. Its magnetic heart includes notes of patchouli, Texas cedar and leather, placed on the sensual base of tonka bean, amber and incense. 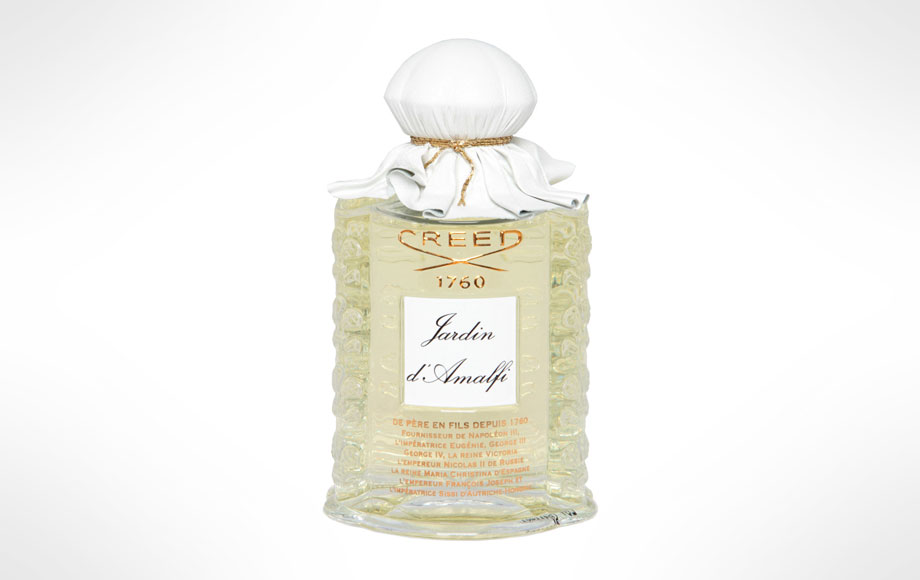 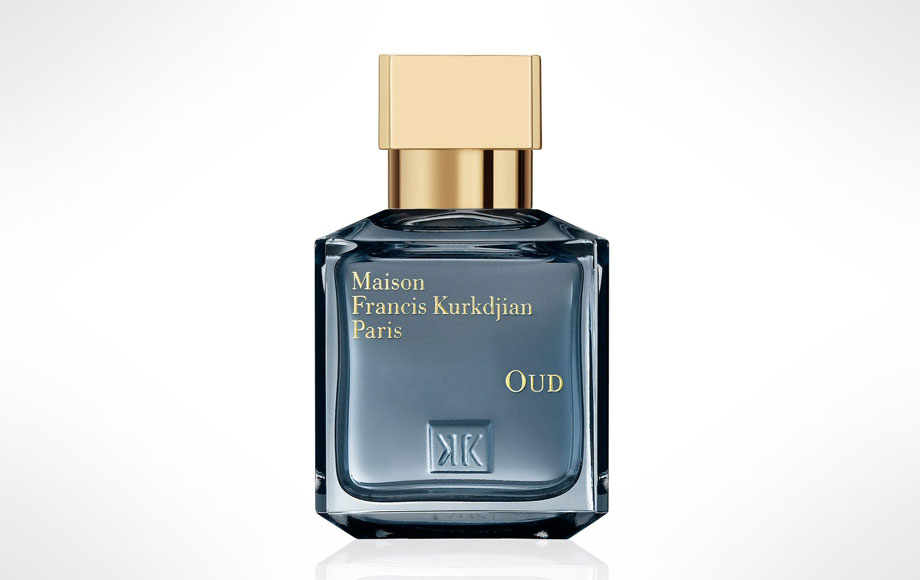 20 / 30
Oud by Maison Francis Kurkdjian
Oud is enriched with woody and spicy notes of cedar, patchouli and saffron. 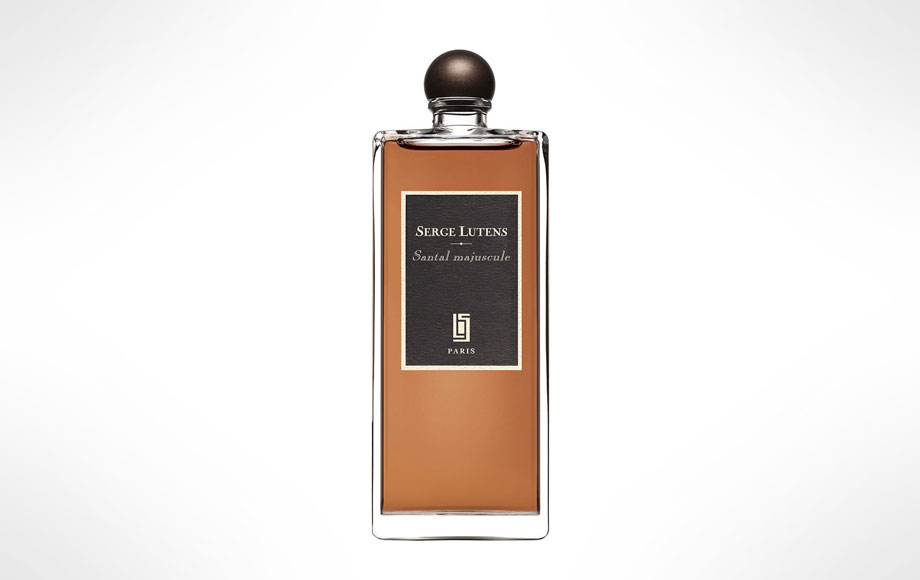 best deodorant for men who sweat a lot

Best Perfumes of All Time

new fragrances 2017 for her