by Team Koboguide
in Others
17 min read
0

terrible BO, gritty pits, and rashes. And if you do end up finding something that works, it’s a very personal achievement — your favorite natural deodorant could cause a smelly day at the office for someone with a different body type. Naturally, people have a lot of opinions about what works and what doesn’t. Here, we talked to a range of sweaters who believe they’ve found the absolute best, and why it works for them.

“I discovered Arm & Hammer Essentials Natural Deodorant years ago when I borrowed it at my long-haired-yet-nice-smelling boyfriend’s place; it’s been my No. 1 ever since. It’s a stick (I find creams and even sprays to be prohibitively fussy), it’s cheap, and it smells really good, in a vaguely masculine sort of way. Caveat: I haven’t stepped foot inside a gym since 2014, but in the winter, my office does regularly run 80 degrees or more, and this stuff more than gets me through the day.” —Christine Pardue, editorial assistant at Palgrave Macmillan “To be honest, wearing natural deodorant has needlessly complicated my life. Most of them don’t work, they stain your clothes, and you need to reapply often. I settled on PiperWai for two reasons: It works (it holds up on a Citi Bike commute from midtown to Brooklyn), and it’s comparatively easy to find (they seem to have a partnership with GNC, which means I don’t have to hunt for a hip apothecary that carries it).” —Ángel Díaz, technology associate at Gunderson Dettmer “I started using this Nubian Heritage Indian Hemp & Haitian Vetiver deodorant last spring. It worked shockingly well until I started sweating like crazy at random times of the day. There would be times during the dead of summer that I would sneak something more familiar, like Dove. I didn’t always trust that I could get through a 90-degree day with natural deodorant. I quickly realized that making the switch from antiperspirant was a good choice for my body because I actually SHOULD BE sweating. The longer I’ve used this, the better it actually gets. My body is a living, breathing organism and making the switch to natural deodorant has made me more in tune with myself.” —La Toya Lewis, opera singer Save
Agent Nateur No. 3

“I first tried Agent Nateur No. 3 when my previous employer, Need Supply, started carrying the product. Natural deodorants don’t have the best rep for performance, so I was pleasantly surprised to get results comparable to deodorants I’ve used in the past, like Dove and Mitchum. I live in Miami where coverage is key. The fact that I can still smell subtle notes of eucalyptus and lavender after a long beach day has secured No. 3 a cozy spot on my beauty shelf.” —Taylor Kuzia, project manager for Lemon Yellow 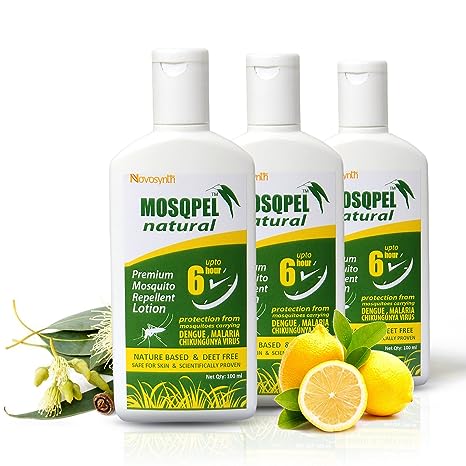 “Switching to Ursa Major’s Hoppin’ Fresh Deodorant last year was a total game changer for me. Other natural deodorants I had tried stained my clothes, were messy to apply, and — worst of all — weren’t effective against odor. Yikes. But no matter what the weather’s like or how crazy my day gets, the Hoppin’ Fresh Deodorant gets the job done without screaming ‘dirty hippie.’” —Jacqueline Jones, natural beauty writer at the Beauty Proof “I am obsessed with Green Tidings deodorant — it’s this natural deodorant. I know it’s weird, but I literally, like, ran out and I got kind of freaked out. I was, like, Oh my God! It takes awhile to kind of figure out what goes well with your body, you know? And so it took awhile, because I want to do things that are obviously healthy, and so I went to this natural product, and I’m obsessed with it.” —Adrienne C. Moore, actress “I’ve been using Schmidt’s for about a year and a half now. First and foremost, I appreciate the ingredients and lack of parabens, etc. This past weekend, I did a 40-mile ride, 2,000-foot vertical bike ride in San Francisco, and Schmidt’s held up very well. I love the consistency and I’ve never had any issues with the product not performing.” —Peter Piekarczyk, technical co-founder of Orchard “A unicorn product. I’ve worn it for years. It’s just a nonaluminum-based, earthy, artsy-fartsy deodorant that fucking works. There’s nothing like the crystal reek you get after an hour and a half when you’re trying to avoid aluminum. That doesn’t happen with this. It used to be this annoyingly crunchy paste, but now they make it in stick form — the flavors are lovely and down-to-earth. The rose one is just great because if you sweat in it, you smell like a rose instead of cat urine. I’ve worn it for 14 or 15 hours under hot lights, so I’m a believer.” —Ana Gasteyer, actress “I don’t just like this deodorant. I’m obsessed with it [editor’s note: We’vewritten about this, too]. I was on the hunt for a natural deodorant for a while. I’d read about the aluminum in antiperspirant, and I did want to stay away from it, but I tried a bunch of natural deodorants that never really worked. This deodorant isn’t an antiperspirant, but it has clay in it that soaks up sweat in a different way. When I started using it, I felt transformed. I had email exchanges with people about it. I remember Edith Zimmermanwrote about it, and I felt close to her. It sells like hotcakes for us.” —Erica Cerulo, co-founder of Of a Kind Save
Tom’s of Maine Unscented Deodorant

“I’ve been using this unscented deodorant for a million years and I’ve never had any problems with it. I appreciate that it’s a roll-on. Somehow it works even though it doesn’t have aluminum that regular deodorants do. I have to say, though, I’m not a big sweater, so I don’t think I’m in need of something incredibly heavy-duty. Actually, my boyfriend sweats a lot, and he uses it, too — I mean, he uses his own, obviously.” —John Derian, designer “My boyfriend and I have explored a lot of the more premium natural or naturalish deodorants that we’ve seen out there. I don’t think I’ve found one that I like more than the Malin + Goetz Eucalyptus Deodorant — good scent, feel, and it holds up decently throughout the day. Admittedly, we’re not the sweatiest people, but we try to switch it up every so often so that our bodies don’t get too used anything. Agent Nateur’s deodorant seemed oddly gritty to me, and I really dislike the smell of the Baxter of Californiadeodorant and Penhaligon’s. Aesop’s “deodorant” is really more like a room spray — it just masks whatever you have going on. Task Essential is actually great, and holds up well, too; it’s a solid alternative to the Malin + Goetz deodorant. A few of these are only marketed to men, but I think the scents are neutral enough, and nothing I’ve mentioned here has stained our clothing.” —Carolyn Griffin, freelance social-media strategy consultant “When it comes to natural deodorant, I don’t use anything with aluminum, but I also find that the natural deodorants are never strong enough! With other natural deos, I always felt like my skin was dry, but Judy Greer recommended this to me (I guess she’s my deodorant guru). She told me it’s the only one that works, and it’s true. I don’t have to reapply. It’s all-natural. It’s light and smells good. I do everything Judy Greer tells me to do.” —Aubrey Plaza, actress “I bought this about two years ago and I alternate it with Tom’s of Maine for when I want to smell like flowers. The salt stick is perfect for mitigating the stink emanating from your pits without

covering it up with more smells or blocking your sweat glands. I would recommend reapplying before anything super sweaty or humid (like a basement-house show or greenhouse), but it works for my hairy pits!” —Garrison Taylor, artist and musician