Which Samsung phone you choose will depend on a range of factors. Budget is likely the primary component when making this decision, but you’ll also want to weigh up other important factors such as screen size, display quality, battery life and camera characteristics. Have a read of our Samsung Top 5 Mobile rundown so that you can make the most informed choice before bringing your next Samsung phone to the checkout. Let’s dive in to our best samsung phone to buy list below…

Okay, Samsung’s latest big-screened beauty might not look like anything different, with its silver-tinted edges and borderless screen, but internal upgrades to Samsung’s homebrew mobile chipset makes this one of the fastest smartphones we’ve ever tested (surpassed only by the iPhone 11 Pro). Not only that, but the new camera features such as the 30x zoom and 8K video recording are a real treat. We’re also particularly fond of the new 120Hz screen, which is a first for Samsung. Make no mistake, smartphones don’t get any better than this.

If you aren’t too keen handing over flagship-sized sums for the latest and greatest Samsung, then the Galaxy A21s is the perfect choice for the budget-conscious. It’s not the flashiest smartphone on the market, but where it counts the Galaxy A21s is a remarkable smartphone that’s filled to the brim with features for very little money.

Somehow, Samsung has managed to squeeze in a total of five cameras which, again, is rather generous considering how much it costs. It has a massive 48MP camera, which is excellent, as well as a macro, wide-angle and depth-sensing lens. Samsung certainly knows how to make a well-priced smartphone, and the Galaxy A21s, complete with Android 10, a snazzy design and a lovely screen, absolutely smashes our expectations. 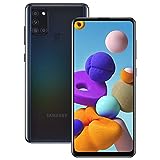 If long-lasting battery life is at the top of your buying priorities, then there’s simply nothing better than the Galaxy M31. Not only is it the longest-lasting Samsung phone, but it also beats every other phone we’ve tested, outperforming our previous winner, the Lenovo P2, by over 90 minutes. In our continuous video playback test, the Galaxy M31 lasted a whopping 30hrs 20mins before needing to recharge, which is certainly no easy feat. It also excels in other areas too; it has a great screen, decent performance and the cameras are as good as you can get for the price.

Despite costing a little bit too much at launch, and failing to earn a recommendation as a result, the Galaxy S10 currently represents the company’s most obvious smartphone pick for the budget-conscious. Now circling around the £500 mark, it moved things on in terms of design, drawing level with Apple in terms of pure aesthetics, while simultaneously introducing a wealth of new additions such as an HDR10+ screen, in-screen fingerprint reader and a triple-camera setup. As such, the Galaxy S10 remains a solid choice for the money conscious. 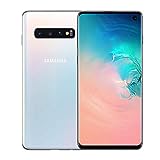 The Samsung Galaxy series of phones doesn’t begin and end with the S and Note lines. Samsung’s A-series lineup is a very different proposition, offering flagship-like goodies without the high price tag – and the Galaxy A51 is no different. The A51 an impressive, affordable smartphone that not only looks good, but also has a great screen and more than enough power for most people – even if its processor isn’t as fancy as its siblings.

It also takes great pictures for the price, and if battery life is at the top of your smartphone-buying agenda, then you’re in luck: the Galaxy A51 lasted 19 hours in our battery life test. If you’re a Samsung fan, or simply want a reliable yet impressive smartphone that doesn’t cost the earth, then the Galaxy A51 might be the phone for you. 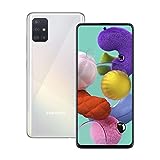