Having a great smart phone is a necessity for many of us. But what happens if you frequently spend time in places where a normal mobile is just going to be too fragile? That’s where rugged phones come in. Designed to be more robust than the average smartphone, a great rugged phone shouldn’t have to mean making compromises on performance. But which small durable smartphone is right for you? We’ve got all you need to know, as well as some great model recommendations! Here are some of the small durable smartphone models on the market.

Cat S61: The All Around Most Durable Smartphone

Waterproof, sand-proof, and guaranteed to withstand a six-foot drop onto concrete, the Cat S61 ranks no. 1 on DigitalTrends’ list of most durable smartphones. Not only is it durable (it can handle high-pressure water jets), but it’s also equipped with an indoor air quality sensor and laser assisted distance measurement for those rugged smartphone users who need to use these types of tools on the job.

Ulefone Armor 6E: The Smartphone With an Underwater Camera 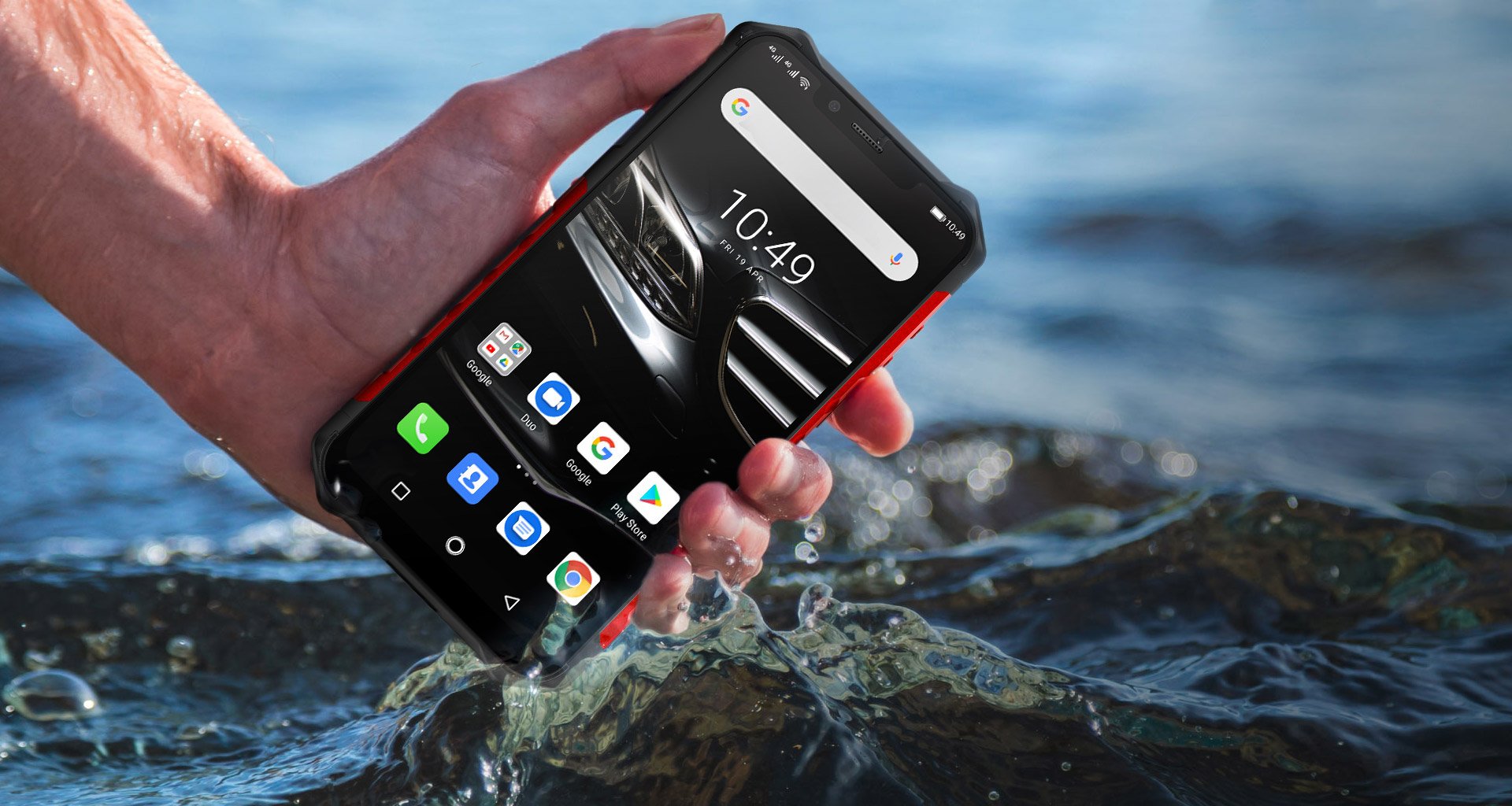 The Ulefone Armor 6E can handle extreme temperatures: -20˚C to 60˚C, to be exact. If you’re an avid snorkeler, this durable smartphone is about to be your best friend. Its underwater photography mode allows you to capture your favorite sea life for up to 2 hours under 2 meters of water. The best part? This one comes in at under $300, making it a super affordable pick on our durable smartphone list.

AGM X3: The Most Sleek of the Durable Phones

The AGM X3 is one of the toughest, yet most premium, smartphones on the market. It can able to survive a 1.21-meter drop test, a 5% salt fog test and the ability to handle 500 Hz vibration for two hours. It also has MIL-STD-810G military certification. Waterproof, dustproof, and shockproof, this phone also offers features you’d see on popular Android or Apple products, like realistic 3D sound effects and a powerful AI camera.

Doogee S90: The Most Extreme Smartphone

The Doogee S90 can work even after it’s been submerged in five feet of water for two weeks and can withstand extreme temperatures from -30˚C to 80˚C. Plus, it can withstand ballistic shock, gas explosions, and has a 6 inch touch screen with finger-print access that’s made out of Gorilla glass. It also has the ability to add modules like night vision, a walkie-talkie, and a gamepad.

The tough-as-nails Blackview BV9500 Pro smartphone not only has the highest level of protection against dust, but it also can handle complete water submersion for up to two hours. Beyond that, the Blackview BV9500 Pro also has some pretty nifty features like an F2.0 aperture lens, full HD Plus resolution, and has insanely long battery life.

The Easiest Phones to Repair

Some of us are prone to breaking our phones, but would rather go with a more technologically advanced phone than a super durable one.

If that’s you, read on for our list of the easiest phones to repair.

iFixit.com ranks the Fairphone 3 as a 10/10 on their smartphone repairability score list, and it’s no surprise. Fairphone 3 is the latest model from Dutch company Fairphone, which purposefully makes phones that are easy to repair. The idea is that the easier it is to repair your phone, then you’ll replace it less often, which creates less waste.

That’s just a small piece of Fairphone’s sustainability efforts. The Fairphone 3 still has a headphone jack, to accommodate wired headphones that would have landed in the landfill otherwise. All parts are ethically sourced and conflict free, and workers are compensated more fairly.

Need to repair your Fairphone? Grab the screwdriver it comes with, and take it apart in a pinch. All around, this is a feel-good device that’s easy to repair and that’s doing good things for the planet.

The iPhone scores a 6/10 on iFixit’s list, but it’s still one of the easier phones to get repaired because of the sheer number of iPhone repair services out there. Plus, with the increasing amount of customers who have AppleCare+, it’s reasonably quick and affordable.

Google’s Pixel 3A is reportedly very easy to repair. Like the Fairphone, it’s got modular pieces that can be swapped when they wear out, and its glass is easy to remove, too.

The ease of repair on this phone does have a negative—since the screen is so easy to take off, the phone is not water resistant at all. But, if you’re not keen on replacing your smartphone every year because of wear and tear, the Pixel 3A could be perfect for you